The Netherlands plan to introduce economic incentives for cycling to work

It is known that the Netherlands are leaders as far as cycling is concerned: a quarter of the country population bikes to work. There are most bikes than inhabitants, based on the estimate of 22.5 million bicycles against the 17.1 million residents. 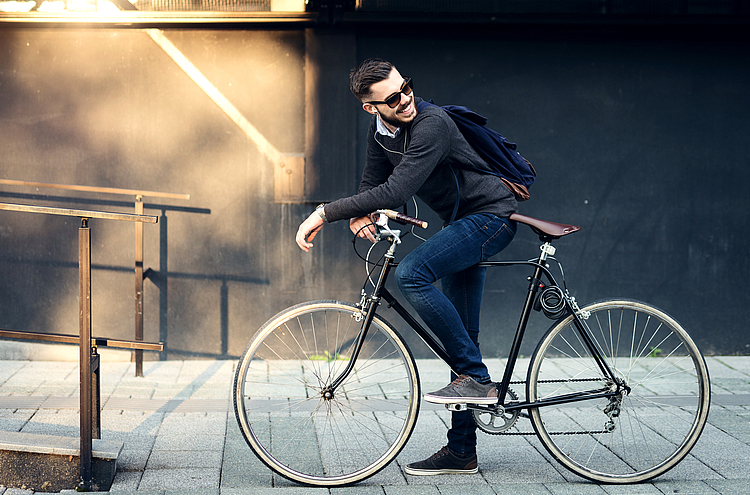 To further increase its role of leader in this key area of sustainable mobility, the Dutch Government is planning to introduce innovative financial measures to motivate even more people to bike to work, and to have less cars on the road.

Based on the proposal of the Dutch deputy infrastructure minister Stientje van Veldhoven, a compensation scheme for commuting cyclists will be introduced. The motto is: “Let’s get out of our cars and onto our bikes”. The plan is that each citizen riding the bike to work will receive the 19 cents per kilometre. This innovative financial scheme is aiming to bring “new”
cyclists on the Dutch cycling infrastructure and to reduce road congestion. The goal is reach at least 200,000 extra people out of their cars to bicycles.

The introduction of an economic incentive to bike to work is not completely new. Some years ago, there have been couple of similar trials, for example in France, where 20 companies and institutions employing a total of 10,000 people have signed up to pay their staff 25 euro cents per kilometre biked to work. In Belgium, a tax-free bike incentive scheme has been in place for more than five years. And in the UK employees can participate in Cycloscheme, a special program promoting cycling in the UK that aims at saving up to 39% of total cost of bike and bike accessories. There is a similar program also in Ireland.

In MoTiV, the results of the European-wide exploration on the changing value of travel time is expected to provide indications on the role economic incentives play in transport choice, including cycling.