Industry, mobility and retail, the sectors that use Big Data the most in Catalonia

• A survey carried out within the framework of the Big Data Catalonia initiative shows that 36 percent of companies have analyzed data as a strategic value for more than a decade in Catalonia.

• According to the director of the Big Data CoE of Barcelona of Eurecat, companies from all economic areas are creating their own teams in the field of Big Data and advanced analytics. 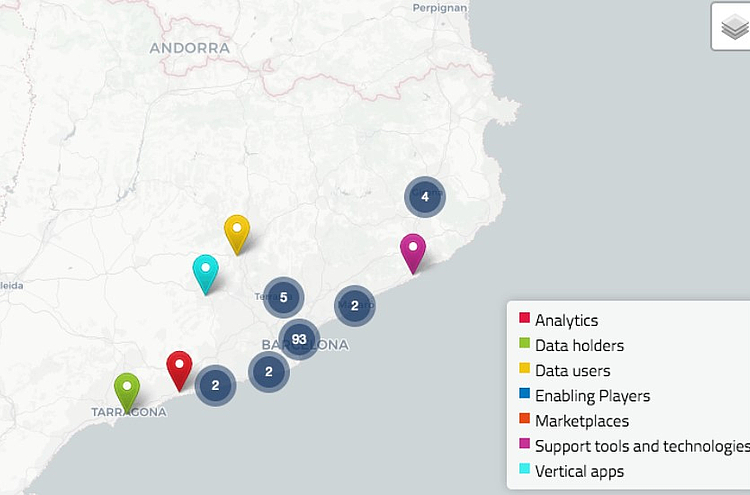 Industry, mobility and retail are the sectors that use Big Data and advanced analytics the most in Catalonia, where "all areas of economic activity benefit from data analysis", according to the director of the Center of Excellence in Big Data of Barcelona and the Big Data & Data Science Unit of Eurecat’s Technology Center, Marc Torrent.

As reflected in the first results of a survey carried out within Big Data Catalonia initiative, in Catalonia there are companies that have been using data analytics as a strategic value to increase their competitiveness for more than 10 years, representing the 36 percent of the respondents.

According to the results, after ICT enterprises, which concentrate 58 percent of the surveyed companies, the sectors where there are more companies that invest in Big Data and advanced analytics are education, research, finance and insurance, health and cultural and creative industries, which altogether account for a 24 percent.

In terms of its size, statistics show that seven out of ten data teams, within the companies that generate demand, have fewer than 10 professionals.

Regarding the services offered, 51 percent are suppliers of data tools and services for third parties, followed by those that exploit their own data for internal use (25%). On the other hand, those that exploit the data for internal use and that are at the same time providers of tools and services based on data from third parties, account for the 19 percent, and the data facilitators, with 5 percent.

52 percent of the respondents pointed out that one of the main drawbacks faced by the company in relation to the use and exploitation of data is the scarce data culture and the lack of alignment between the different departments involved within the organizations, while 34 percent refers to the lack of expert technical profiles, the same proportion that attributes it to the lack of strategic profiles, followed by a 14 percent that alludes difficulties to find suppliers or clients.

The Big Data Catalonia, which is promoted by the Center of Excellence in Big Data in Barcelona and by the Digital Cluster of Catalonia, with the support of the Generalitat de Catalunya through SmartCatalonia, is an initiative that aims to identify all the companies and agents that are in the value chain of the data economy in Catalonia to create synergies and promote the country as one of the main Big Data sectors of activity in Europe.  The survey is still open to collect the maximum number of companies linked to Big Data in Catalonia and to be able to do a real mapping.