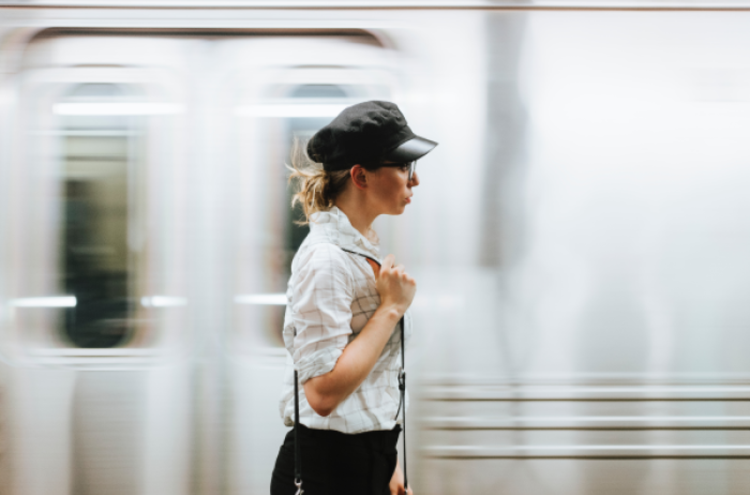 Chiara, her husband and their two kids moved recently from the center to the outskirts of Brussels. She takes her children to the kindergarten and school by cargo bike and then rides to the train station, where she gets a 25 minute ride to work at the center of the city. This was a big change in her commute, and Chiara wasn't too happy about spending more time of her day commuting, but she started enjoying the time at the train. Sitting by herself, she could relax and do something that she would not otherwise do.

Chiara started to take this time to read a book. But after some time, she felt that 25 minutes each time were not enough to really get into the story.

She then tried reading a magazine, but because she prefers long, in-depth, articles, the same problem happened.

So, she just started checking what was happening on Facebook. It got her so much drawn into the contents that sometimes she almost forgot to leave at the right station. Chiara decided that accelerating her brain and heart so much wasn't the best way to start a day.

So, she finally tried something that worked. Because they moved to a Dutch speaking area, she felt like learning the language. Using a language learning app, the time at the train was enough for two or three lessons each ride. It also gives the right cadency for language learning: a little bit each day, steadily leading her to a better connection to the people in her new neighborhood.

Chiara's best fit was a function of the amount of time she had and what she felt doing in this phase of her life.

What about you? What is the best fit for your travel time?