The way in which we commute to work is changing, as the emergence of post-industrial economies overturns the traditional structures of production. Goods and services are moved with greater flexibility and ease across large geographic areas, enabled by the development of modern transport and communications infrastructure. This has created a new relationship between the spheres of work and home. 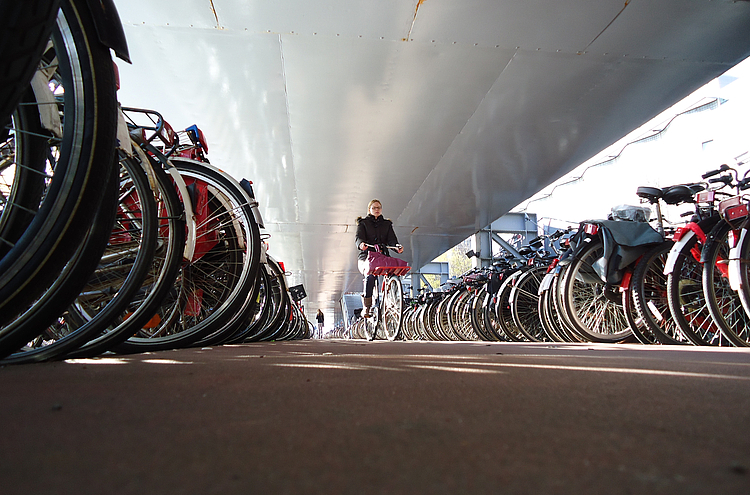 Areas with a high population density tend to observe higher levels of commuting across the regional territory. This is the case with cities such as Prague, Vienna and Brussels.

Large regions will generally have lower rates of cross-regional commuting. Travelling across the Spanish region of Castilla y Leon will take the same time as travelling from Luxembourg to Amsterdam, which would not be considered a viable journey to and from work.

Physical barriers, experienced by island or mountain regions, reduces commuting opportunities. As a result, such regions observe low commuting rates. As is the case in Cyprus and Malta.

The cost and availability of housing also shapes commuter journeys. For example, Luxembourg’s expensive accommodation and living costs encourages a high proportion of workers in the area to live in neighboring countries, which raises their time spent commuting.

A region with favorable labor market conditions will attract a higher number of cross-border commuters. In Estonia 3.2% of commuters cross national borders to work, which is three times higher than the EU average. More than half are destined for Finland, where opportunities of securing well paid employment are high.

A region’s infrastructure shapes commuting patterns. Commuting 80km across national borders and over the sea between Estonia-Finland is facilitated by a regular ferry service. In addition, the development of high-speed train connections (such as Eurostar and Thalys) has enabled commuters to travel large distances with relative ease.

Within the EU, 91.9% of the 220.7 million workers commute within the same region in which they live. 8.1% travel to a different region for work, and 0.9% commute across national borders.

Belgium takes first place for having the highest commuting rates. 1 in 5 of the population commutes daily to a different region.

London came first for the highest share of commuter outflows, with almost half (48.6%), of the workforce commuting out of the region. However, due to London’s sprawling size, the city itself consists of five regions.

The largest proportion of commuters work in the service industry, which is logical considering that this sector is the largest share of economic activity in each member state.

Commuters are more regularly male than female. This is more common in regions with a high share of outbound commuters, such as Belgium and the UK.

The higher the education level, the more likely individuals are to commute. This trend has been identified consistently across the EU, except in Portugal, whose majority of outbound commuters had completed a lower secondary level of education.

Those with a higher level of income tend to commute further. This has been linked to the concentration of high paying jobs in large urban centers and capital cities, where the lack of space and busy lifestyle drives many with the means to suburban areas.

The most common demographic makeup of commuters in Europe appear to be male, with high levels of education, in well paid employment, in the service sector. One factor that has been attributed to this trend is the higher proportion of men in high paying senior management roles.